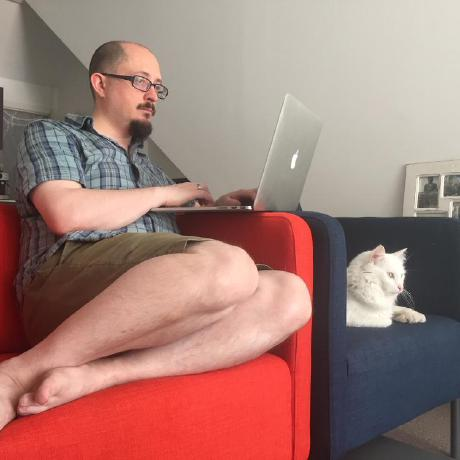 I’m a software developer working for Switch Media which is a company that specialises in providing streaming media services along with custom applications for viewing streaming content. My background is in full stack development with a focus on front end but I work up and down the stack as needed. In recent years I’ve developed a set of niche skills in developing apps for Smart TVs and have several major commercial projects under my belt as lead as well as involvement in a few open source projects in the space. My main focuses in terms of technology these days are TypeScript, React/Preact, Node, AWS, HTML5, Video, HbbTV and Smart TV app development in general.

As a hobby I’m interested in generative art and music visualisation. I’ve developed a platform called Vizamp that I use for creating my digital artwork. I’ve participated in several light installation art festivals including Vivid Sydney which is the one of the largest (if not the largest) annual light festival in the world.

I also enjoy reading non-fiction and sci-fi and write short stories for fun sometimes (usually sci-fi). I self-published a graphic novel a few years back. It’s lost in the mists of time but I may dig it up and post it on this site someday.

I grew up in Ireland ant moved out to Australia as a younger man and live in Sydney now. I’m a husband and a dad to two wee boys.